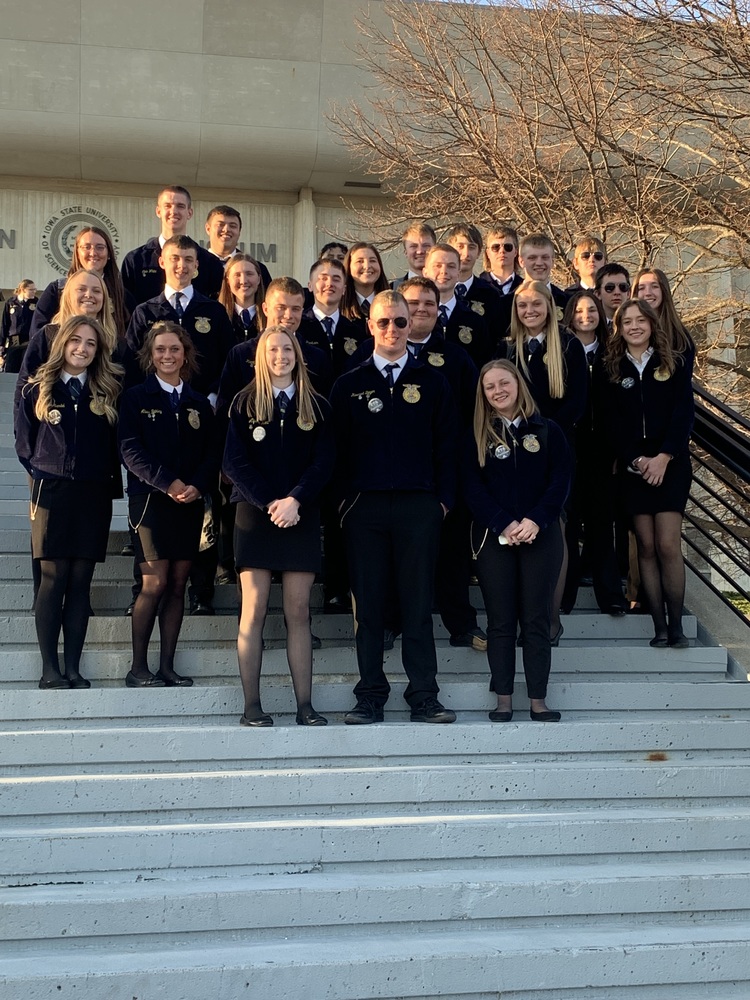 Over the past couple of days Clarke Students competed in various categories at the Iowa FFA State convention. Here are the results! 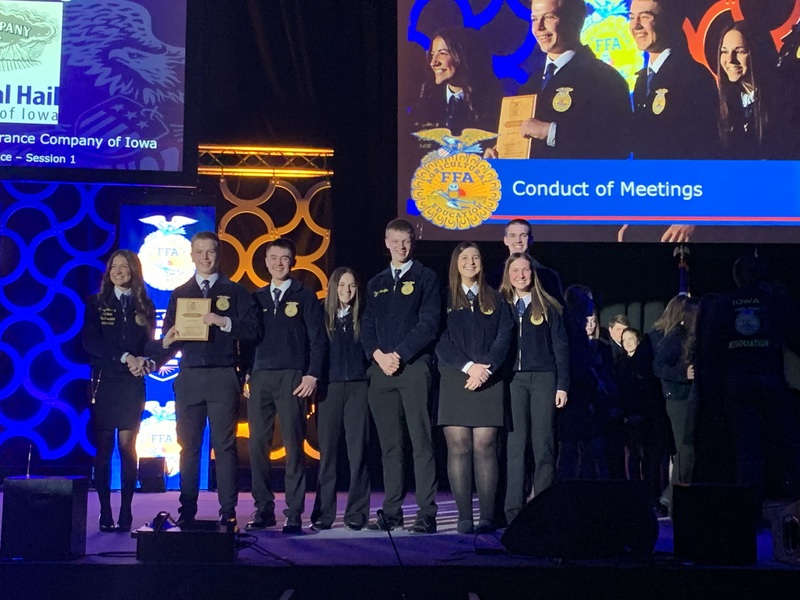 We have a state winning team among us! Osceola FFA Conduct of Meetings Team (Drew Jacobson, Shawn McAfee, Marissa Bakley, Cort Selsor, Ashlyn Crawford, Cole White, and Maddy McCoy) won 1st in the state! They had work as a team to memorize opening and closing ceremonies and demonstrate two parliamentary laws(They didn't know which two of the eight they would be given) and answer five questions in front of a room full of observers and judges.

- We also had 11 Iowa Degrees this year! 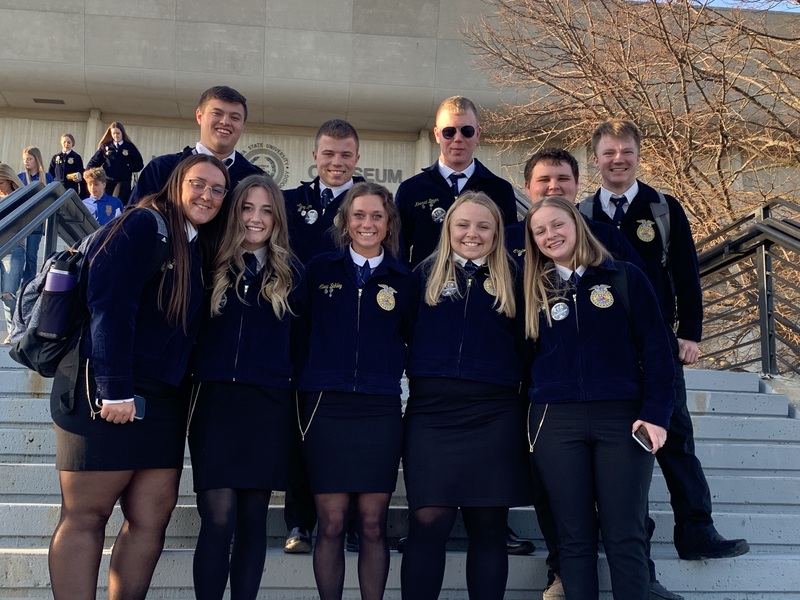