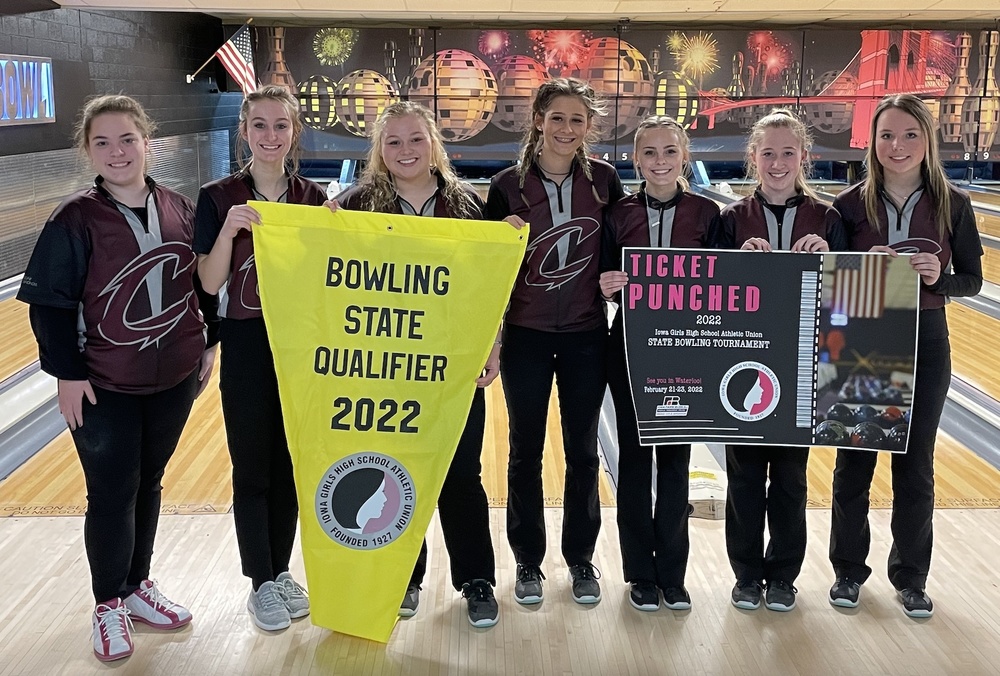 The Clarke Bowling teams will be well represented at the 2022 State Bowling Tournament held in Waterloo next Monday and Tuesday.  The girls team qualified for the team tournament which will be held next Monday, February 21st.  The state went to a different format for postseason play this year with how teams qualified.  It consisted of 15 baker games, so physical and mental stamina were needed.  Clarke finished first in the Council Bluffs region, defeating 2nd place Harlan by a score of 2,550 to 2,428.

The boys team finished second to the regional host Council Bluffs St. Albert's. Clarke shot a very respectable 2,865, but St. Alberts was on fire with a 3,108. Only the first place team qualifies for the team tournament in Class 1A.

Ashton Giza and Hannah Wisniewski both qualified for the individual state tournament by winning on Monday afternoon.  Hannah bowled a 604, while fellow teamate, Jessinda Davenport finished 6th with a 494.  Ashton won with a 719 and Austin Gonseth finished 8th with a 570.  Both Ashton and Hannah will compete on Tuesday, February 22nd in Waterloo.

Congratulations to all the bowlers and coaches. 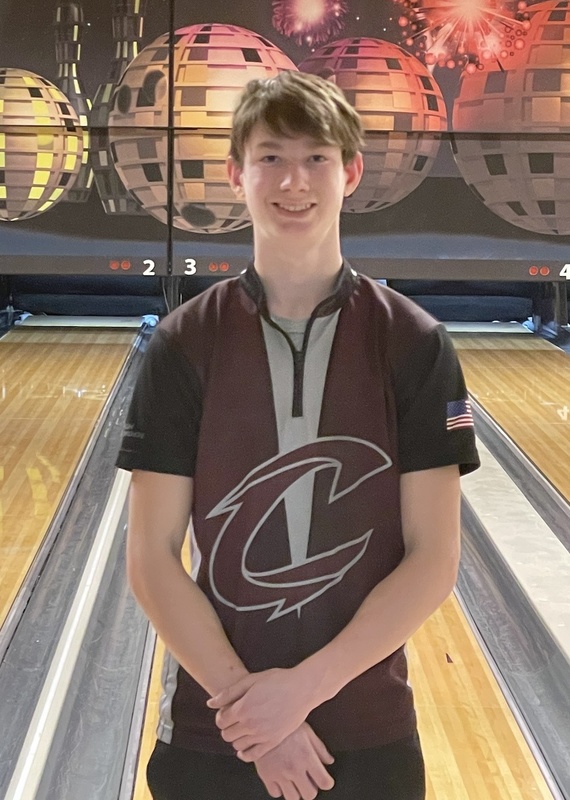 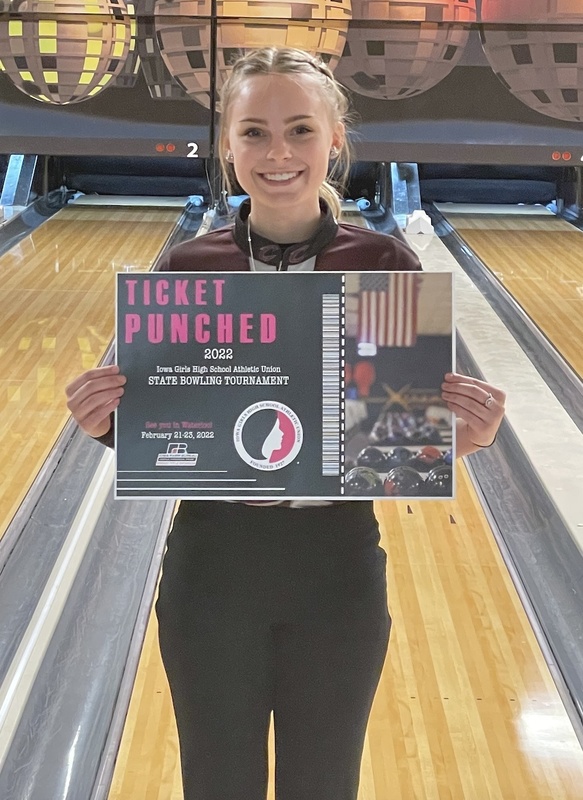